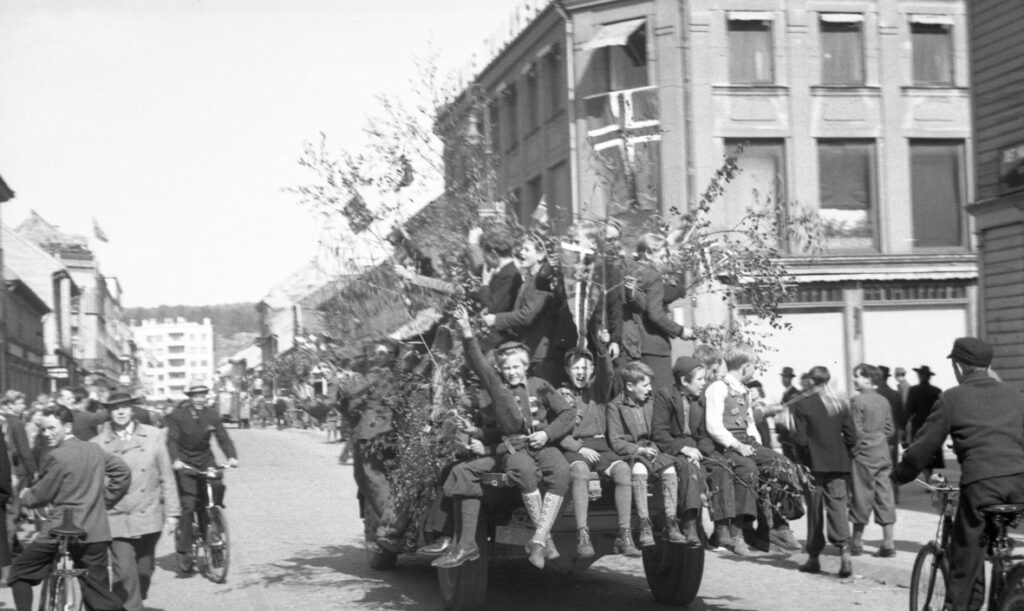 Days of liberation 1945: Five years of German occupation were over, and people flocked to the streets, but for some, peace became difficult. Photo: Dagfinn Pettersen, Kristiansand/The Vest-Agder Museum/Agderbilder

Under the surface of our societies, there are thousands and thousands of stories that could add nuances and details to a black-and-white picture of historical events. But many of these stories are too private, too personal, or too traumatic to share. Feelings like despair, shame, or guilt might be associated, and one could be afraid of the reactions of others when telling them. Here, museum institutions and museum professionals might function as mediators and connecting links between those who want to share but do not know how – and those who need to know.

In this article, we present the first results of a documentary- and exhibition project dealing with the long-term consequences of WW2—in the families and in the local societies. 21 informants, mainly from the second and third generation, were questioned about how difficult and traumatic experiences—during or after the war—affected their families and their own feeling of identity. The answers we received showed that especially the not knowing what has happened often has severe effects on one’s personal life and well-being.